Impressions of the Kunstraum Engländerbau - An impression of the light ...
Impressive installation by Stoph Sauter - The artist Stoph Sauter is an ...
Requiem for the Bees - On April 6, 2018, I was able to perform my conposition ...
show me more news

The term „ambient“ derives from the latin verb „ambire“, that might be translated as to „walk along“ or also as to „go around“ or else „to surround“. Thus, first of all, a movement is meant, which is to be understood as directionless and indefinite, and does not follow a clear goal. Something ist going on, but nothing happens.

„Ambiente“ also describes moods and athmospherical phenomena. The themes stay in the everyday, the sounds merge with the environment. Brian Eno, a founding member of this genre, defines this music as: „environmental music, suited to a wide variety of moods and atmospheres“ (D. Sheppard, 2008: On Some Faraway Beach. The Life and Times of Brian Eno, S. 278).

This duo consists of Klaus Kemmerling (soprano saxophone and alto saxophone) and Roland Wölfle (keyboards and electronics). The musical approach of free improvisation and electronic music creates instrumental soundscapes and tonal tapestries, that cannot be assigned to a certain genre.

What both musicians want to emphasize: there are no predetermined structures.  The focus lies on the musical dialog with an intuitive creation of sound landscapes and atmospheres, out of the present moment.  The spontanous interacion of both musicians allows to create special moments of convergence and synchronicity that are strong in their depth and intense experience. The results are unforeseeable. Therefore, this kind of music is unpredictable and cannot be exactly reproduced.

During live performances, new sound sculptures will always be generated.

Go-Ambient can perform in various settings, e.g. in a concert atmosphere, at exhibitions, in combination with video installations or along with dance performances. 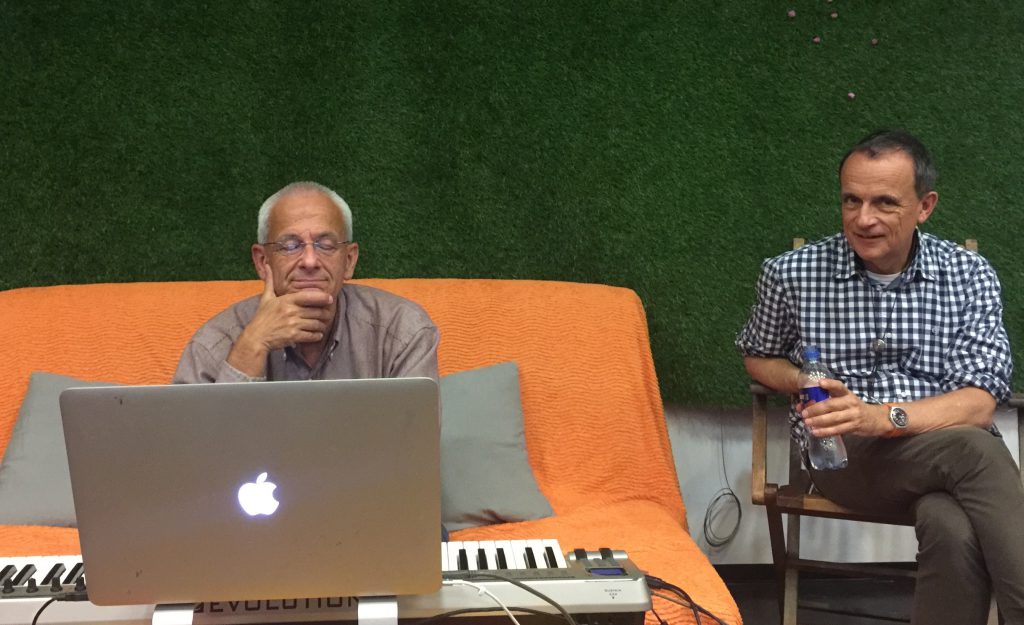 1965 – 1976 piano lessons at the private class from Berta Ganter in Dornbirn, with 13 a first school band (Mephistokles Army) among others with Andi Schreiber, today the most famous jazz violinist of Austria (www.andreas-schreiber.at).

At the same time, I was a great admirer of psychedelic bands, hardrock bands (initiation Beat-Club with Black Sabbath 1979, YouTube) and finally the beginning of electronic music enthusiasm with the first synthesizer bands like Emerson Lake & Palmer (ending of “Lucky Man”!) or products like “Switched on Bach” and “Sonic Seasonings” by W. Carlos. At that time, synthesizers still had room size and cost eda million shillings. I could not afford that.

So I started to play bass, double bass in a jazz band or electric bass in Georgie’s Blues Band with Georg Nussbaumer. My piece “Love me pretty Mama“ achieved a certain notoriety. At the beginning of the eighties Punk Rock was on the program, at that time founding of KREML (Creative Music Lab) and after a legendary concert in the “Linde” in Lustenau Eva Engel joined us.

So D-Sire was created as an electronic pop product together with Klaus Anton Bichler and Gerd Valentinelli. The highlight was a performance on Swiss Television, where we recorded our hit “Wintertime” in 1987: Wintertime on YouTube. The band then slipped apart, a professional career was not an issue then, family and career were in the foreground. Eva Engel later had a lot of international successes as Zeebee: Zeebee on Wikipedia.

I have continued to work and fiddle about in the electronic field, always inspired by the idea of ​​developing new sounds and spheres and experiencing musical worlds that have never existed before. Ambient Music and Brian Eno were further milestones on my musical path, and the radio station Still Stream gave me a lot of inspiration: www.stillstream.fm.

With my friend Klaus Kemmerling, we developed over ten years slowly but steadily a collaboration that resulted in a combination of electronics, ambient music and jazz, with many improvisational elements and intense, in-depth experiences that I rarely have experienced before. We released a CD with saxophone and electronics as “Go Ambient” in 2017 and we are a little proud that we can play this music live, see also homepage.

Both of us also have other projects, in 2018 I had solo performances, for example at the exhibition “… and I bedded them on velvet” by Sunhild Wollwage in Vaduz with my “Requiem for the Bees”. Also in the Engländerbau in Vaduz on 25.5.2018 there will be another live performance as a part of the installation “Fast Schnell” by Stoph Sauter.

Go Ambient has their own sound equipment that is well suited for small or medium sized rooms. Located in Western Austria/Eastern Switzerland, distances of around 200 km, such as Zurich or Munich, are well-feasible with our own car.

For longer distances, which require a longer journey, sound and other conditions have to be provided on site. For the saxophones, a microphone must be picked up.  The electronics need a Midi keyboard, which is compatible with the software “Cubase”, as well as a sound system that fits the outputs of an Apple MacPro.

Go Ambient can also play without a stage and do not necessarily need a situation that is common at traditional concerts. Depending on the occasion, they become part of the environment, in which they bring in their sounds and create acoustic surfaces that can be entered at will and left again. It is not necessary that the audience is sitting while listening to the music. People can also walk, stand or lie down.

You can find and listen our music on various platforms.
But you can also buy our album right here.

Do you have a question or want to book us for an event?
Just send us a message and we’ll get in touch with you. 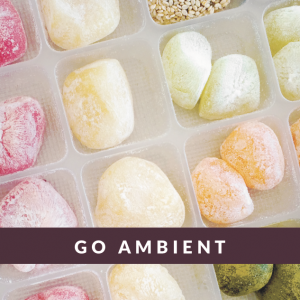 You can easily buy our album online via PayPal.
You will get a download link to get your files.